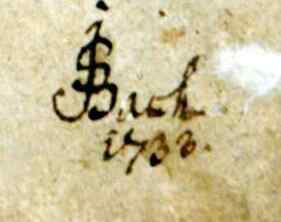 ​This prelude by J. S. Bach is based on the hymn Creator Spirit Heavenly Dove, ELW # 578 and arranged by Martin Luther from the medieval plainsong chant, Veni Creator Spiritus, ELW # 577.  Veni Creator Spiritus was probably the most beloved chant of the medieval church.  Everyone, rich and poor, young and old, knew this tune. It was at the top of the greatest hits chart you could say.  Luther placed the chant melody in a meter so that congregations could more easily sing it as a hymn. In Bach’s time Luther’s text was used and so this hymn in German is known as Come, God Creator, Holy Spirit.

Bach’s setting is in two sections.   In the first section Bach sets the tune in the upper or soprano part. This first section was written by Bach many years earlier as he was writing the Little Organ Book, a collection of teaching pieces.  It is widely believed that this music was written while Bach was “in jail” under house arrest in Weimar.  Bach’s boss, the Duke did not want Bach to take a job offer that had come his way, so he confined Bach to a room until he would come to his senses and reject the offer!  The Duke finally relented and Bach went his way.

A wonderfully unique characteristic of this first part is that the pedal accents the third eighth note of each main beat. This is quite unusual in that the third eighth note is the weakest beat in the pattern. Here Bach is likely attempting to point out that the Holy Spirit is the third person of the Trinity. This unusual rhythmic accent makes the music dance in an elegant, joyful, and energetic way.

After an interlude of exactly four measures, the tune is now heard again, only this time in triumphant fashion in the pedal.  It is as if our prayer in the first part, Come, Holy Spirit, is begin answered by God in a most powerful way in the second part.  The piece ends with a wonderful G Major chord inimitably realized on Faith’s Noack organ as this triad demonstrates the exactly pure thirds and fifths of unequal temperament!

Number symbolism is apparent throughout the piece but especially in the last measure.  In that measure Bach writes exactly 14 notes in the tenor part as if to sign his name on the piece.  This is type of musical signature is fairly common in Bach’s music.  In the numbered alphabet of Bach’s day the name BACH totals 14.   Also, in the alto there is a melodic reference to the notes B-A-C and H (notated in the German melodic system as B-flat.) Finally in the last measure exactly 33 notes are initiated, again referencing the third person of the Trinity, the Holy Spirit.  So, 33 here is really 3X3 = 9 the ultimate expression of the perfectness of the Holy Trinity.