Welcome to the Faith Family!​​

Welcome to the Faith Family! Introducing New Members of Faith:
​We are grateful that even in the distanced times, God keeps us connected and joins our faith journeys with others. We are delighted to welcome Kevin Arway, Amy & Patrick Gutzmer, and Gloria Simo, who have all become members at Faith over these last several months. 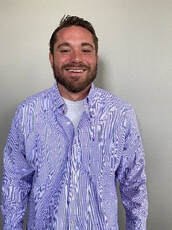 Kevin Arway
Kevin Arway is a loving and devoted husband, son and brother and is a soon to be father to a baby girl due in March. He is excited to begin this next chapter of life and experience fatherhood for the very first time. Kevin is originally from Illinois, now lives in Batavia, and is married to Hillary (Henninger) Arway. 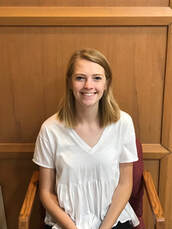 ​Kayla Feil
Kayla Feil started being a part of Faith's community when she accepted the role of Director of Children, Youth and Family Ministry back in August of 2019. Kayla is originally from Michigan but now lives in Forest Park, IL. She's grateful to have found a church home at Faith. 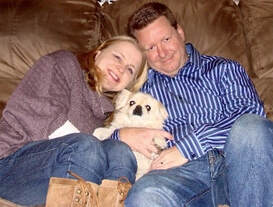 Amy & Patrick Gutzmer
Amy and Patrick first started attending Faith in January of 2020 after Amy led yoga at the January Faith Women’s Retreat. After attending several services, they were hooked and truly appreciated the welcoming environment and community at Faith! Amy is originally from Illinois and Patrick is from Oklahoma. They currently live in Geneva, Illinois. They both love to travel, especially to warm and sunny destinations.

Gloria Simo
Gloria Simo first came to worship at Faith in March. Gloria said when she walked in the doors at Faith she immediately felt at home. Gloria and her family had been members at Faith in the 1980s to early 90s until her family moved to Washington, D.C. When Gloria returned to Glen Ellyn she initially attended the Lutheran church of her childhood in Chicago. This involved a long drive and so she decided to make a visit to Faith Church. After walking in that first day she knew this was where she was meant to be.