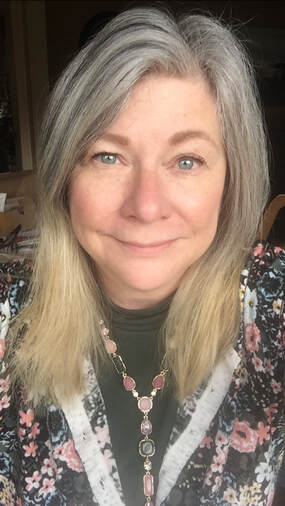 Paula Serfling Nugent still has vivid memories about the November 25, 2003, motorcycle accident that changed her life forever, an accident that killed her husband, Steve, and left her alone to care for their daughters, 12-year-old Rachel and 9-year-old Emily.
​
Nearly 17 years later, her voice is still tinged with emotion when she talks about the tragedy that forced her to navigate a new and frightening path without the person who had been a constant in her life since she was a 4-year-old in kindergarten. In that one quick, terrible moment on Lambert Road in Glen Ellyn, Paula, president of the board of directors at the Glen Ellyn Food Pantry, had lost what the two of them lovingly referred to each other as their “other half.”

That sentiment shaped their relationship and was evident to onlookers during their marriage that began in 1985. “So the idea of trying to live life without the person who was an [everyday] presence in your life is very challenging,” says Nugent, who joined Faith Lutheran Church in 2003. “ Suddenly, it was like I was a half person.”

This new journey was shaped with the fear of the unknown, but Nugent realized she had to pick up the pieces and keep her family intact. For her, it was an uphill climb.  Aside from the emotional devastation, the financial devastation was just as crushing, primarily due to the family’s loss of Steve’s income and the health insurance that was connected to Steve’s employment. The $400-a-month insurance payments skyrocketed to $1,200 a month with a new Cobra policy that didn’t cover any of the family’s necessary medications.

Despite those challenges and the uncertainty that came with raising two distraught girls, the former IBM executive refused to drown in her own pity. She always had shown a certain amount of determination and independence during her days at York Community High School, and she continued to exhibit those traits while pursuing a degree in business administration and financial economics at Illinois State University. Later, there was more of the same as she worked toward a master’s in communications at Northwestern University.

With the burden of the total household income now on her shoulders, Nugent made necessary adjustments that were in line with her work as a freelancer for her former employer, IBM. But that was just one element in an effective formula as she began to rebound from such a life-altering event. It was a combination, she says, of her faith, and the efforts of her friends and Wheaton neighbors that sustained her. “I can tell you right now that I don’t know if I could have gotten through it without them,” says Paula, who, with her daughters, sought and benefited from counseling. “They stepped up––everything from providing meals to driving the kids to events to trying to keep the girls’ lives as normal as possible. Amazingly, five different people called to take Emily to the father-daughter dance. Their presence was a gift every day.”

When it came to her faith––like many others who face the aftermath of devastation––she embraced it wholeheartedly but couldn’t understand why bad things happen to good people. She admits to sometimes being conflicted and even “raged” at God for not preventing Steve’s accident, but at the same time she believed that God doesn’t cause such tragedy and is present to help family and friends get through it. It was her faith, she says, that gave her strength and direction, peace when frightened by the unknown and ultimately delivered a comforting sense that there were better days ahead.  “I never felt,” she says, “that God wasn’t by my side throughout this whole thing.”

On the other side of tragedy, Paula’s recovery has included her 2007 marriage to Brian Nugent, a widower who had no children and eventually adopted Paula’s daughters with their approval. (Rachel, who has a master’s degree in architecture, works with the architecture firm Levitt Bernstein in London. Emily is a biomedical engineer for hip implants at Zimmer Biomet in Warsaw, IN, and she is scheduled to be married on July 27.)

At some point (and in varying degrees) it’s likely that all of us will experience some disruption in our lives, but the big question is how to face it. So what’s Paula’s message for those who are (or will be) facing their own challenges? Two points: (1) Even in the midst of the pain, she says, focus on what you have instead of what has been lost; (2) Try to talk to God every day about the things for which you are grateful––things as simple as waking up each day, seeing your children laugh or smelling a blossoming flower. “No matter what’s happening in your life,” says the former candidate for Wheaton City Council, “there’s always something good you can find. You can’t change what happens to you, but you can control how you respond to it.”

Like Paula, everybody has his/her own unique story to tell. Hers is one of incredible perseverance, unwavering faith and an unceasing will to overcome.