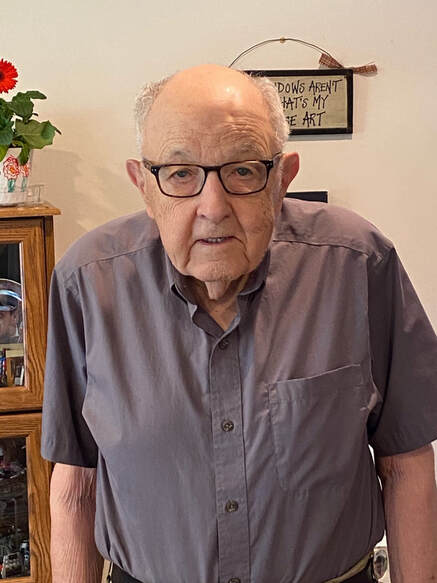 If you wanted to use rural agricultural metaphors to describe ALAN FOSTER, you might compare his life story to a long furrow—a relatively straight, steady line from its beginning to the present moment.

In Alan’s case, comparisons to farming fit him quite well—Alan was born and raised on a family farm 30 miles south of Springfield, Illinois, at a time when modern conveniences and contrivances weren’t available. (Alan tells how, when he was only 12, he drove a 1927 Chevy that his Dad had rigged to pull a harrow!)  Add a one-room schoolhouse and a small country church into the mix and you might start to get a clearer picture of Foster. Here’s a man whose life is framed by something more than a nostalgic look at the yesteryears of American life.

What rural life provided Alan was the basis for a career that itself has also been an unwavering path—in his case, as a math teacher. When he was the sole eighth-grader in that one-room school, he was given a book by his teacher, Mr. Shipp. “That book had an unfamiliar word on the cover, “ALGEBRA,” recalls Foster. “It was a little book, not very thick, but it had good examples to help me solve its sample problems.” Over the course of a couple of months, Alan read the book from cover to cover—essentially teaching himself algebra—and from that experience saw how his lifework might stretch out in front of him.

After pursuing a teaching degree from Illinois State University, Foster began a 41-year-long career as high school and community college math teacher. York High School was his starting place in Chicagoland, followed by seven years at Willowbrook. When Addison Trail opened in 1966, Alan was hired as chair of the math department—a position he held for 25 years. (His post-retirement life also included some teaching and project development at Harper College.)

There’s more to that “one book from Mr. Shipp” story—more than Alan’s continuing fascination about the intricate beauties and benefits of mathematics. Even more than his stellar career as math teacher. Alan Foster not only taught math, he became the author of math textbooks! Lots of them, in fact.

Several years after a two-summer job at Laidlaw Publishing in River Forest—editing and some writing—Alan got a call from a former co-worker now working at another publishing company. “He called to see if I wanted to write textbooks in math,” Alan recalled. He accepted the invitation and the rest is history: Over 25 years of authoring and co-authoring math textbooks for high school! The stack of Alan’s written works stands tall—22 books high—and their use has spanned classrooms throughout the country. The total number of books sold? Somewhere over 9 million copies!

The Mr. Shipp story wasn’t finished, though. As a well-regarded textbook author, Alan developed and offered in-service presentations and workshops to math teachers around the country, eventually leading about 150 of these events over the years. As part of his national leadership in mathematics education, Alan was a member of several committees of the National Council of Teachers of Mathematics (NCTM). More significantly, he was appointed to the group that formulated the questions included on national math examinations, serving as committee chair for two years.

Alan’s life has been centered on passing on to others what he knows, what’s important and who he is. His writing and teaching—grounded in the fundamentals of farm life—have been evident in his attention to learners. “I tried to give my students a choice of how to learn mathematics with mathematical thinking,” he says. “I encouraged my students’ interest in math mostly by showing them the enthusiasm I had about the subject.”

That focus on learners resulted in Alan’s receipt of several awards for mathematics education leadership in Illinois, including the Illinois Council of Teachers of Mathematics (ICTM) Distinguished Life Achievement Award (1996), the Lee Yunker Mathematics Leadership Award (2010) and the Illinois State University Mathematics Alumni Education Award (2011). He also served as President of the ICTM during the 1976-77 academic year.

When you talk with Alan, you get the strong sense that rural life has soaked deeply into his persona, his view of life. He talks with the assured authority of someone who has a strong sense of who he is. He’s steady and resolute as a leader, focused and logical in his thinking. When he’s in a group, his problem-solving skills honed in farm life can show themselves in a can-do role. “When there’s a job to get done, I step in so we can take action,” he explains. Alan knows how to choose the right words, how to think with others in mind. He speaks directly and plainly, following a maxim he learned long ago, “Use brain before opening mouth.”

Rural wisdom has also found its way into Alan’s dealing with adversity. Perhaps the longest period was the 25 years of caring for his spouse Winnie during several long post-surgery recovery episodes before her death in 2009. He shares what he learned during those years: “You run into a lot of pitfalls in life. If you keep struggling, though, you can overcome adversity.” What keeps him going during these times? “The constant drive from growing up on the farm,” he observes. “We had to keep going to keep food on the table.”

One of the things Foster knows about his life is that others appreciate him. His colleagues and friends all over the nation. They include the students he’s mentored—a good number of them have become mathematics teachers. The admirers include longtime members at Faith—he’s been part of the congregation since 1963--his daughter, Kathy Zima, and his two grandchildren. His voice softens a bit when he shares that his granddaughter Ashley is enrolled in the elementary teaching program at Illinois State, a continuing part of his life story.

Alan still owns the 129-year-old farm—crops and woodlands—and like other members of Faith raised on farms or ranches, his heart and soul are still filled with the benefits and blessings of rural life.

The straight and deep line of a furrow….