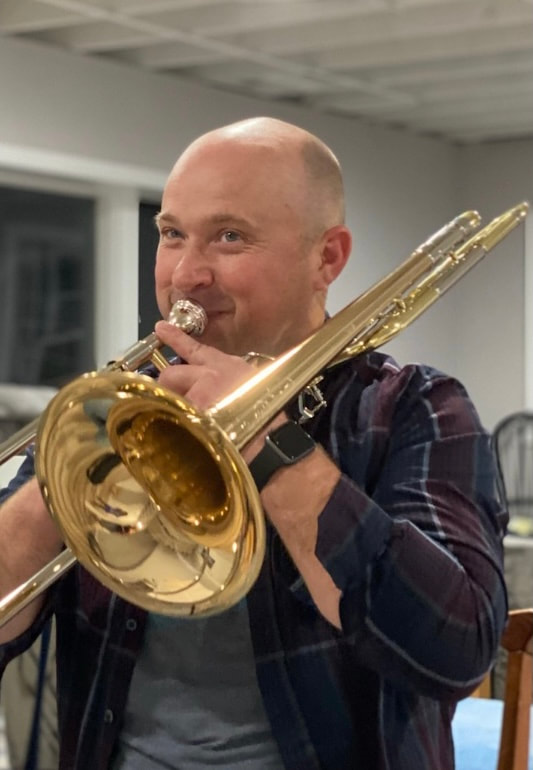 A missed telephone call could have changed everything for Andrew P. Sells, who at the time, was an aspiring actor/singer in the theater arena. While still a student at Illinois Wesleyan University in Bloomington, IL, he had auditioned for the award-winning musical Rent, and a possible career break was awaiting his response.

“I got a call [from representatives of the show] to replace one of the actors, but I wasn’t home when the call came,” remembers Sells, who was studying music and theater. “They left a message, but when they didn’t hear from me in the next two hours they had to move on to the next person on the list.” That missed opportunity not only was a source of dejection for Sells, but it also prompted him to take things into his own hands. A few months later in February 2000, he abruptly left the university and headed to New York City, a place where Sells believed he could achieve his dream even though “the entertainment capital of the world” boasts of being home to the most concentrated collection of talent in the universe.

Sells, who grew up in suburban Milwaukee, arrived in New York, found a job at Peppermint Park Café and began taking steps to make his dream a reality. Things began to take shape quickly when he was cast in the children’s musical Pocahontas, and he was included in the group that went on an extensive tour. That tour turned out to be a real eye-opener for him. “When I returned from the tour,” he says, “I was tired of doing that, and I didn’t want it to become more difficult and tiring.” So, he moved from the stage for a while and began working as a sound technician for Shakespeare in the Park, which kept him in the theater arena and allowed him to work side-by-side with some famous actors.

It appeared he had found his groove, then 9/11 changed everything––his outlook, his emotions, his plans. He decided to leave New York and return to the Milwaukee area to become a car salesman. That lasted for a year. He enrolled at the University of Wisconsin at Milwaukee, where he got a degree in economics and later worked at a bank.

After a stint in the banking environment, another major change in Andrew’s life appeared around the corner. He had met his wife, Beth (daughter of Mike and Suzanne Rahm), while they both worked in a Milwaukee bar. Beth’s father is president of Prairie Plumbing Contractors in Glen Ellyn, and he offered both of them opportunities with the company. The couple––now parents of Presley, 12; David, 11; and Maggie, 8––moved to Glen Ellyn to begin a new chapter in their lives. Sells began a four-year apprenticeship and became a journeyman plumber, working in commercial and residential jobs. Currently Andrew works as an estimator/project manager.

Along the way, the 42-year-old never abandoned his love for music and singing. Not surprisingly, music has been a part of his life for most of his life. Amazingly, he exhibited the talent to read music before he could read words. He remembers sitting in the bathtub as a small child and telling his mom he could hear music in the water. As he grew up, he became a skilled trombonist and was part of the high school band that traveled to Moscow to perform during the Russian city’s 850th anniversary celebration. They were the only American representatives to perform at the 81,000-seat Luzhniki Stadium, the main stadium where the 1980 Olympics were held.

Although he is an accomplished trombonist and guitarist, Sells, who describes himself as “a vocalist more than anything,” admits that it’s singing that pleases him most. And he has gained much praise for his soothing and mesmerizing voice that’s frequently on display as a song leader during Faith services. “When I sing,” he says, “I feel a deep connection with my thoughts, my soul, my inner-being. To sing makes me feel like I’m completely whole. I feel completely connected to music. Singing is what makes me happy, but singing for people is the best.”

Looking back, the former bartender has no regrets or second thoughts about his career choice in plumbing, and he doesn’t wonder what could have been if he had stuck with theater. “After 9/11, I was knocked down by 10 pegs because there was no work for a while. I was in my early 20s, wasn’t making much money and after September 11 it was difficult for me to get the motivation to do that work again,” says Sells. Twenty years later, he has a vivid memory of seeing the Towers on fire, feeling the deep sense of tragedy that loomed over everybody, seeing the rubble left behind and inhaling the sickening smell that lasted for days. “I lost the fuel for my fire after 9/11,” he continues. “A lot of my friends started leaving New York, money was scarce, and I wanted to have a family. I saw a lot of people [who had been working to make it on the stage] for 10, 20, 25 years and hadn’t made it. As much as I loved theater, I didn’t think it was worth the risk [to continue that pursuit].”

Through it all, though, it appears that Sells, who has a particular affinity for church music, has found a perfect balance between career and his love for singing. Perhaps it’s coincidental and perhaps it’s a bit prophetic, but it is certainly befitting that during church services on September 12 one of the songs he sang was “Ten Thousand Reasons,” which includes the line “For all Your goodness, I will keep on singing.”
Amen!