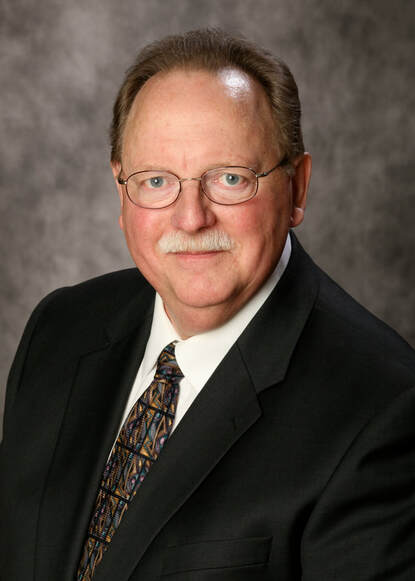 ​For most of his life (whether he sought it or not), Tom Wendorf, an unassuming and genteel man, has been at the forefront in positions of leadership where he could make a difference. And even now in retirement, the former salesman/business executive/entrepreneur is working tirelessly––and voluntarily––to dramatically change the lives of people who can benefit from his more than 30 years of corporate management experience.

Simply put, Tom is a problem-solver. As a businessman, he exhibited that talent in the furniture industry and other areas in general, first identifying the problem and then taking steps to come up with an effective solution. That’s what he’s doing in his latest challenge in workforce development, trying to connect workers with the right skills to needy employers in his role as co-chair of the Business Engagement Committee of the Illinois Workforce Innovation Board.

The path to that position began on the heels of two political losses (one for College of DuPage Trustee in 2009 and one in 2010 for DuPage County Board in District 4). During those campaigns, Wendorf knocked on a lot of doors and talked with a lot of people who told him stories about not being able to get good jobs. That raised the question in his mind about a skills gap and how to close it. This came after he had sold his direct mail advertising and marketing business in 2010 and retired. “In 2012, I trained with DuPage United, a nonpartisan association of religious and community organizations. They asked me to see if I could figure out what could be done to better connect people to jobs,” Wendorf says. “I worked on creating a nonprofit called Career Connect Metro West. The idea was to establish fast-track training for people in manufacturing. That was my first experience doing workforce development.”

That led to an appointment to the state workforce board by former Gov. Pat Quinn and later an appointment by DuPage County Board Chairman Dan Cronin to serve on the DuPage County Workforce Board. Another major step came in 2017 when he joined the College and Career Readiness P-20 Council steering committee as a business representative. The P-20 Council recommended policies to the legislature to better connect K-12 education to employers using a career pathway model. “My role was to advocate for business and promote business participation, explaining to them why it’s important to collaborate and become partners in the workforce system,” says the former regional vice president and general manager of the Simmons Company in Kansas City and the former executive vice president for Restonic Corporation in Chicago. “If you don’t have the business side of the equation telling you what they need, it’s no wonder there’s a skills gap. We’re working to get people matched with the skills that are needed by growing businesses.”

The WorkNet DuPage American Job Center in Lisle is a key element in that process. It is home to the federal programs under the Workforce Innovation and Opportunity Act (WIOA) that train jobseekers, develop the workforce and connect employers with workers. As a member of the DuPage County Workforce Innovation Board, Wendorf’s input is invaluable.

That leadership began to appear while Wendorf was growing up in Milwaukee. As the oldest child in his family, leading came naturally. But in many cases, he says, he never sought certain leadership roles; they were thrust upon him––and titles such as chairman, co-chairman and president frequently became associated with his name. Even during his time at Lawrence University in Appleton, Wisconsin, where he met his wife, Mickey, he was captain of the golf team and president of his fraternity. So, what’s his explanation as to why he constantly has been chosen for leadership roles? “I really don’t know why that was [and is],” he says, “except that I think people trust me. And I think they realize I lead my life with a certain level of integrity. So, I’m trustworthy.”

Later, Wendorf, who describes himself as “a friendly sort but actually kind of shy,” exhibited those leadership qualities when he and Mickey [“one of the smartest people I know”], a former financial planner, MBA, CPA and retired accounting professor at DePaul University and College of DuPage, moved to Glen Ellyn and joined Faith Lutheran Church. Both continue to exhibit their faith while participating in various church activities. Surprisingly, though, at one point in his life, Wendorf says he would have considered himself an agnostic before a devastating experience changed his spiritual life. “Our first child, Ellen, passed away due to SIDS at seven weeks old. It was a life-changing experience,” he says. “Life impinged on our reality pretty quickly. People of faith, many we did not know, showed up to get us through that difficult time. Those events were foundational elements to who Mickey and I became. That experience powered our faith in a way it wasn’t before.” (The couple have a son, Karl, 39.)

That renewed faith and spirituality are at the core, Wendorf says, of the work he is doing to help disadvantaged people, and people in general, get connected to jobs that pay living wages. As he puts it, he believes that the work he’s doing is, in fact, a ministry––one in which he is working to take care of the other person when he can and as best as he can.

Last year, Tom’s work on the P-20 Council and a decade of relationships with leaders in DuPage County led to the founding in 2020 of the “Work-Based Learning and Apprenticeship Collaborative”. This effort brought together the DuPage Regional Office of Education, the College of DuPage Project Hire-Ed, WorkNet DuPage and GPSed. The model they developed together uses hands-on career exploration, experience and youth apprenticeships to connect DuPage high school students to youth apprenticeships, registered apprenticeships, post-secondary education opportunities and four-year degrees leading to rewarding careers. It is a unique example of public/private cooperation for the common good and for the good of children.

Recently, as has happened in the past, another leadership role was thrust upon Wendorf. In October, he was appointed to the Illinois Workforce Commission, whose mandate is to examine and reorganize the complex federal and state workforce elements to better serve the people of Illinois.

In the end, Wendorf––a classical- and jazz-trained pianist who laughs and says he now only plays Christmas tunes––is passionate about helping people. And there are two things he wants people to know about him. “None of the things I have done in my life would have been possible without the unwavering love and support of my wife of 51 years, Mickey,” he says. “People should also know that I view myself as a reliable connector to the world. I’ve gotten to the place in my life that my network of relationships is broad enough to where if someone asks, ‘Tom, do you know somebody who does this or a business that offers that’ it’s rare if I can’t come up with someone within a day or two that could help you with what you need.”