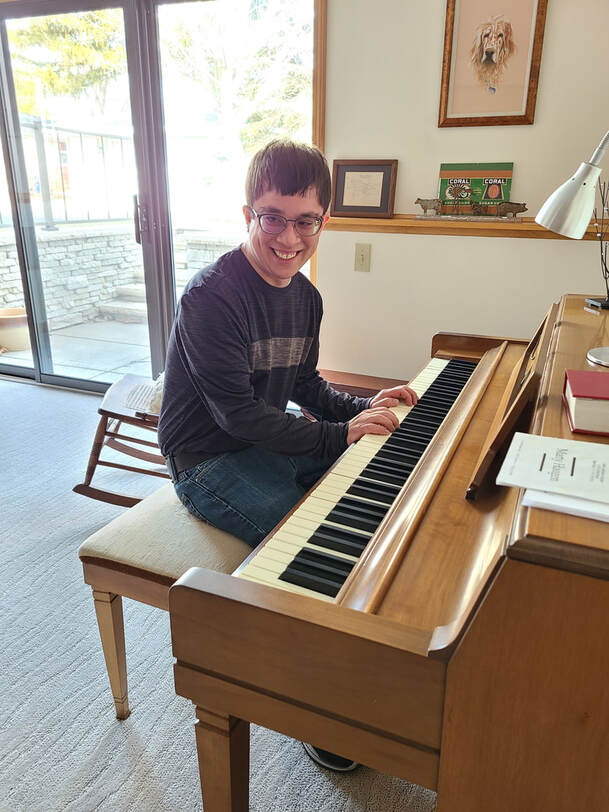 Zach Pehta is the kind of guy who can walk into a roomful of Chicago Bears fans while wearing a Green Bay Packers jersey and somehow find himself being embraced by a most unlikely crowd. That’s the kind of person he is. He possesses that kind of magnetism, appeal and overall likability.

The appeal of his good-naturedness has been evident since early-on as people have gravitated to him whenever he’s around. So it’s no surprise that so many people describe his attraction by saying simply: “He just makes you feel good.”

There’s always something innately special about people who can make you feel good––those who are gifted with certain special qualities. For Zach, now 37, there’s kind of a variety pack of “specialness” that makes him the man he has become. First, there’s his openness and desire to help anyone who might need a hand. There’s his compassion, his infectious smile and warmth. And there’s his unceasing determination to overcome the personal challenges that have shaped him.

Those challenges came early in life, mostly developmental issues beginning at birth. Perhaps the most noticeable has been the result of his hypoplasia, an eye condition that affects his optic nerve and severely limits his vision. But when it comes to those challenges, Zach––all 5-foot-3 and 130 pounds of him––has exhibited a won’t-get-me-down kind of attitude that has served him well. That approach was obvious while he worked toward graduating from Glenbard West High School in 2004. It was instrumental during his pursuit of an associate degree in early childhood education at College of DuPage. And that no-quit mentality is still being exhibited every day in his job at Glenbard South High School, where he’s a special education assistant working with children who have learning disabilities. He also fills in there as a substitute teacher when necessary.

When that opportunity at Glenbard South presented itself eight years ago, Zach was ready. While in high school and college, he already had shown the ability to give direction and encouragement to those who could most benefit from his experiences. Plus, he had worked extensively with students as part of the tutoring programs at the Glen Ellyn Children’s Resource Center. “It was then,” he says, “that I realized what I wanted to do with my life, and that is to help students. I want to make a difference in other people’s lives who also have setbacks.”

Perhaps it has been the way Zach has handled his own setbacks that has made him such an endearing figure at Faith Lutheran Church and throughout the community. For years, it’s been typical for him to leave a lasting impression wherever he goes. For example, there were several teary-eyed teachers at his high school graduation––happy for his achievements but sad about the realization that they would no longer be able to see him or be around him on a daily basis. That’s the kind of effect he has on some people.

Not surprisingly, many of those in his church setting can testify to that fact. At Faith, members of the congregation––including his parents, Rick and Teri Pehta––saw young Zach’s confidence and radiant personality grow with every inch of his growing body. All of them (parents, congregants, teachers and aides alike) were there to listen when he needed their attention. They were there to show him the way when he needed direction. They were there to encourage him during those moments of confusion and frustration. In all aspects, they were there for him. And none of that unconditional love and caring is lost on Zach, who realizes just how important that group of supporters has been in his development. “I got help from so many people, beginning with my parents. If I struggled with something, I knew I could get help from all of those around me to help me succeed,” says Zach, the grandson of longtime (now-deceased) Faith members Charles and Lillian Haugland. “All of those supporters taught me how to navigate because I don’t see well. They built my confidence and instilled in me the idea that anything is possible. I would like all of them to know that I thank them and appreciate everything they have done for me.”

With that continued support, Zach is poised to make even bigger accomplishments as he works to enhance the lives of those who need his help. Meanwhile, you might find the dedicated teacher bike-riding or sitting at the piano, which he has played since he was a 7-year-old. But there have been challenges there, too. Because of his poor vision, it’s extremely difficult for him to read the music. Nevertheless, he found a way to overcome that as well, thanks to his talent to play by ear, which is considered by many to be an incredible skill. For instance, each Sunday during church services, he listens intently to the music being played, memorizes it, goes home and plays it on his piano. Every week! That, he says, makes him happy.

Now back to that Green Bay Packers thing that was mentioned earlier. It’s true that a Glen Ellyn-born-and-bred football enthusiast who grew up in the heart of Chicago Bears country is a devoted Green Bay Packers fan. His love for the Packers, he says, began when he was a youngster while watching games with his cousin’s husband, who was a diehard fan. That’s where the attraction began and grew over the years, to the point that he sometimes wears a Packers jersey while performing his duties as an usher at 11 a.m. services.

All of that is a part of what makes Zach––Zach. It fits with his description of himself as a “very positive, very outgoing, go-with-the-flow people-person.” With that attitude and outlook, Zach’s life is a clear representation of the much used and popular quote: “Life is 10 percent what happens to you and 90 percent how you react to it.”

Zach Pehta has gotten it right!

*Formerly: Stories of Triumph and Inspiration