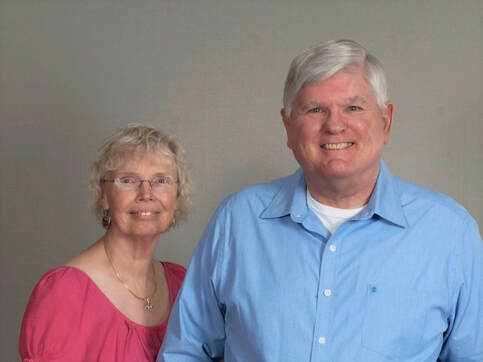 The record of the early Church includes several short references to less well-known actors in God’s creative drama of faith. One of them was Dorcas, known in the port city of Joppa for making clothes for poor widows. Behind the scenes, this woman’s presence and charity helped mold and bind together that church. She was beloved by her congregation, and essential for its well-being.

Today you’ll meet JANE STROH, one of the women (and men) whose love of the Gospel and this church are indispensable for Faith’s vitality. Think of Faith’s Dorcas-like members: Those who provide food at funerals, quilters and gardeners. The handymen and handywomen who maintain the facility, ESL leaders and tutors, church office volunteers. The Prayer Partners crew, the host of musicians, altar guild members, teachers and FLY mentors. Certainly the Church Council! Faith (and faith) thrives because of these people!

Jane comes from that tradition, and carries in her soul a love for the Church that has been part of her identity since her teen years in Nebraska City, NE. With the goal of becoming a missionary, she enrolled at Midland College, a highly regarded Lutheran institution in Fremont, Nebraska.  A class in basic theology startled Jane into the possibility that she perhaps lacked the theological foundation necessary for being a missionary. That realization caused her to rethink her life’s direction, leading her to complete a degree in education. Jane thought that calling would fulfill her sense of purpose. “I knew I couldn’t be a nurse,” she recalls.

She followed that vocational path for five years after graduation, teaching in second and third grade in a Follow Through Program, working with Head Start kids in Lincoln and first grade Air Force kids in Bellevue, Nebraska. Marriage, children and career moves—a familiar story for many of us—brought Jane and her husband Tim to Glen Ellyn. Her career shifted to stay-at-home mom. Her abiding love of books would eventually lead toward a long-term calling as the owner of The Bookstore in Glen Ellyn. (More later….)

A newspaper story and photo of Ted Youngquist—then Faith’s pastor—brought back memories of Midland, where he and his wife Marion had been part of the college family. Current Faith member Linda Beisner is one of Jane’s sorority sisters and worked with Jane at The Bookstore after she retired from her “real job,” which also helped make Faith a logical location for Jane and her family to re-establish spiritual moorings.

Jane contacted Marion Youngquist, attended a few programs at Faith and soon found herself invited to teach Vacation Church School (VCS). After a few years of teaching, she assumed the role of VCS coordinator.

Over her several decades of membership at Faith, Jane’s love of church has surfaced in a variety of places. She helped establish Rainbow Place (and served as its first treasurer for one year), volunteered annually as a CROP Walker, participated in the Word and Witness study program and joined Sarah Circle and later Naomi Circle. She’s been part of various Bible study groups for more than 40 years. Jane was a president of the Women of the ELCA group and has served in two positions on the Church Council. A couple of years ago, she gathered the folks who constitute Faith’s ongoing Prayer Project, and she continues as one of its members. What catches her spirit now? “I’m doing my best to move Faith towards solar energy,” she says. Another high priority: DuPage United’s affordable housing initiative—at the former Roosevelt Road hotel location.

Church-related matters stand alongside another lifelong fascination: As long as she can remember, Jane has loved books. That passion motivated her to work at the bookstore in Glen Ellyn. After her twelve years as an employee, Jane and Tim purchased the business, which grew as an iconic pillar of downtown Glen Ellyn. It became a go-to place for customers, friends, neighbors and Faith members. For more than three decades—and continuing after she sold the store to its present owners—The Bookstore quietly added to the vitality of the community and customers’ lives. Jane gradually assumed the role of a civic-minded Dorcas. She describes the store as her mission/calling, “a way of serving both the community and serving God.” Love of church melding with love of neighbor.

Jane remains a lifelong learner—reading both fiction and nonfiction, attending four different weekly Bible studies, and learning Quick Books (so she can help their son in his business). She remains active in civic affairs, serving as an Election Judge and donating blood on a regular basis.

Looking back on her life, Jane considers that one of her primary blessings is the ability to find joy in what she calls “the Precious Present,” not living too much in either the past or the future. She’s an optimistic person—she calls it “a God thing”. Another gift from God: Her ability to forgive folks who have offended her in some way. “It’s always been an easy thing for me,” she says. “I get angry but can let go of that right way.”

From their sometimes-lean years in business, she and Tim have learned to live simply. “When you don’t want a lot of things, you’re not disappointed in a lot of things.” Not surprisingly, Jane doesn’t have a bucket list. So what keeps her going? Her husband Tim. A retired FBI agent with a law degree and a recipient of a Purple Heart earned during his service in Viet Nam, Tim keeps her balanced. “When I get too hot-and-bothered,” she relates, “he’s very good at saying, ‘Now wait a minute; what about this thought?’” He has supported all of her careers/callings, including her work in this congregation.

Those who know and admire Jane describe her as committed, a generalist and a peacemaker. She’s an empathetic listener, someone who brings calm to a situation or relationship.

All of these experiences and characteristics add depth and breadth to the life and witness of another one of Faith’s own Dorcas-like members!