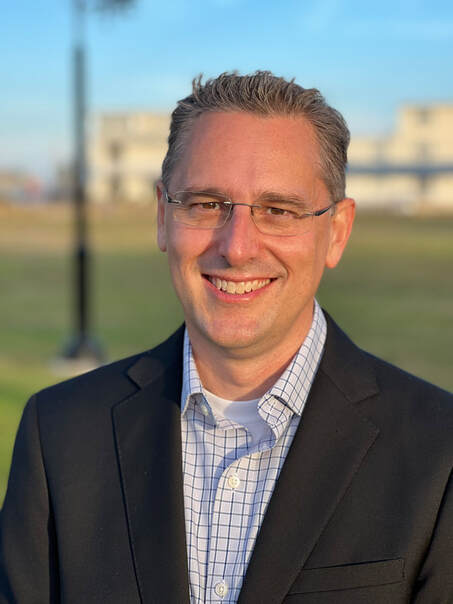 When it comes to music, Michael Kozakis is not just good––he’s good on two fronts, both as an extraordinary performer and as a renowned teacher. He is a highly sought-after percussionist, one who possesses superb skills and a sparkling reputation that have earned him performing jobs with a long line of music’s most noted and award-winning ensembles.

As an entertainer, Kozakis is more like a freelancer, on call and working for various ensembles when they need to fill a position or add musicians for certain productions. When the need arises, his phone rings––often. During his amazing career, Michael has worked with a number of groups that could be considered among the Who’s Who in music––Chicago Symphony Orchestra, Lyric Opera Orchestra, the Grant Park Symphony, Joffrey Ballet, Chicago Sinfonietta, Chicago Philharmonic, Milwaukee Symphony, Chicago Chamber Musicians, Illinois Philharmonic, Ars Viva, St. Paul Chamber Orchestra, Elgin Symphony and MusicNOW. For him, jobs can last from days to weeks to months. At one point, he held two one-year positions as a full-time percussionist with the Chicago Symphony Orchestra.

Aside from work with the orchestras, Kozakis also has showcased his talents in the recording studio for several national TV/radio commercials. He has also accompanied internationally known performers such as Sting, Andrea Bocelli, Yo-Yo Ma, The Who, Johnny Mathis, Paquito D’Rivera, Ben Folds, II Divo and Don Byron. “I love that I can go to work and do what I love and make a living doing it,” says Kozakis, who once considered hotel management as a career. “I feel very lucky and fortunate. What was my hobby is now my avocation in life. There are days I actually pinch myself because I can’t believe I’m being paid to do this.”

The “this” he refers to began when he was a junior in high school and won the Illinois Young Performers competition to get an opportunity to solo with the Chicago Symphony Orchestra. That’s when he knew he had something special and wanted to study music in college. He earned a bachelor’s degree from the Eastman School of Music in Rochester, New York, with a double major in music education and performance. Later, he received a master’s degree in performance from DePaul University.

Early-on while growing up in the Dallas/Fort Worth area and before moving to the Chicago suburbs as a 13-year-old, Kozakis always focused on the percussion section whenever he and his older brother went to local concerts. He was further influenced after watching hours of PBS broadcasts of the Boston Pops’ performances, many of which were conducted by acclaimed composer, conductor and pianist John Williams, who has 25 Grammy Awards, seven British Academy Film Awards, five Academy Awards and four Golden Globe Awards. It was Williams’ music, Kozakis says, that solidified his interest in wanting to be a percussionist. “For me, as a professional having played with John several times now, it’s like full circle,” he says about the man who is considered to be among the greatest composers in the history of cinema. “I grew up watching this guy, listening to his music and movie scores and then I turn around to be on stage with him. So playing that stuff with him is one of those pinch-me moments.”

Also among those top-of-the-list career moments are the opportunities he’s had to play in the same orchestra with his wife, Erin, who he met in college and is now the principal bassoon player for the Illinois Philharmonic Orchestra. She also teaches elementary general music in the Hinsdale School District and conducts the Schaumburg Youth Choir. The opportunity to play together, Kozakis says, doesn’t happen often, but when it does, “it’s something special.” They joined Faith in 2001for various reasons, including what they call “music that is done at a high level” and a previous association with longtime Faith member Beth Nyland. Not surprisingly, the couple’s musical talents apparently are in the genes of their two children, ages 9 and 12, both of whom play some musical instruments and sing in the Schaumburg Youth Choir.

Just as he is monitoring the musical development of his children, Kozakis continues to make an impact with other aspiring musicians as an effective instructor. He teaches percussion at Carthage College in Kenosha, Wisconsin, two days a week and he is also percussion coordinator at DePaul University. Additionally, he gives private lessons and teaches drumline at Schaumburg High School and James B. Conant High School (his alma mater) in Hoffman Estates.

For Michael, his is a career that has taken him around the world to perform and showcase what’s near and dear to his heart. It’s a blessing, he says, to be able to have a career that includes both performing and teaching. “For me, sharing music is the key. On a personal basis, it has been awesome to travel the world and share the music,” says Kozakis, who basically was out of work for two years during the height of the pandemic. “The Chicago Symphony Orchestra was nice enough to hire me many times to go on tour with them. The opportunities to play in all the major concert halls in South America, Europe and Asia have been experiences that are real career highlights for me.”

​More than likely there are more highlights to come––for Kozakis and for those who are fortunate enough to hear his music.