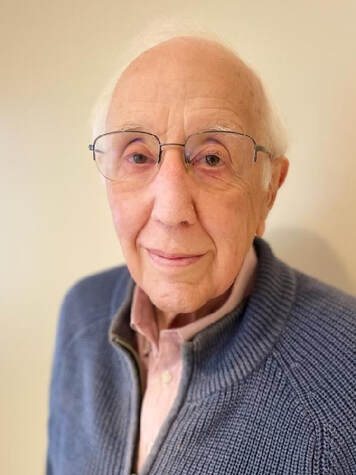 Much of Walter (Wally) Becky’s life has been about the numbers, numbers primarily associated with his skills as an accountant and then later in management. Early on, that fascination with numbers led him to the University of Cincinnati, where he earned a degree in business administration with a focus on accounting and economics.

After doing graduate work at the University of Pennsylvania’s Wharton School, corporate America came calling. His work career began with Coopers & Lybrand, where Wally, a certified public accountant, spent more than four years working in the management consulting area for one of the oldest accounting firms in the country. The track record that he established (at what became PricewaterhouseCoopers) created various other opportunities, including one at Morton-Norwich Products, the company formed after a merger between the Morton Salt giant and the noted pharmaceutical company.

There, Wally showcased his skills as a financial analyst, internal consultant, and later controller, distinguishing himself in each position at the company that was comprised of four major divisions––salt, pharmaceuticals, chemicals, and household products. During the company’s various mergers, the Cincinnati native’s climb up the corporate ladder excelled to the point that by the early ’90s, he was named President of Morton Salt, the same internationally recognized company that features the iconic Morton Salt Girl with the umbrella and the recognizable tagline: “When it rains it pours.”

It didn’t take long for executives, employees, and onlookers alike to recognize that the new president was one of a kind. Wally is a humble, hands-on leader who is characterized by his easygoing demeanor. He is a leader, who during conversations, puts people at ease by welcoming them into his personal space. Those qualities served him well for 13 years as president, a period where he developed what he calls “a deep management team,” one that was as adaptable as it was innovative.

Not to diminish that major accomplishment, but another significant contribution as president was his global work with groups such as Kiwanis International, UNICEF, and other organizations in the ongoing battle to end iodine deficiency disorders (IDD), which can cause permanent brain damage and other cognitive issues in babies and small children. In 1924, Morton Salt had begun nationwide distribution of iodine-fortified salt, and IDD had virtually disappeared in the United States by 1951. Iodine deficiency, however, continued to be a substantial, heartbreaking problem in other parts of the world. “We formed the Network for Sustained Elimination of Iodine Deficiency, where we promoted and implemented iodine programs in many emerging-market countries around the world,” Wally says with pride. “We would help develop iodized salt programs since iodized salt is the most efficient way to get iodine into the nutrition balance.”

During that effort and throughout his career, the Wheaton resident’s biggest supporter has been his wife, Sandy, who grew up on a Nebraska farm and graduated from Dana College. For years, she had been an invaluable volunteer at Central DuPage Hospital and an effective advocate for protecting natural habitats and animal conservation. The couple joined Faith Lutheran Church in the mid-’80s. They were not only attracted to Faith because many of Sandy’s friends at Central DuPage Hospital were members, but also because of the church’s reputation and emphasis on community involvement.

Just as Sandy stood beside her husband during his illustrious career at Morton Salt, she has given that same level of support following Wally’s retirement and his eventual transition to more active roles as Board Trustee at The Morton Arboretum, Chicago Zoological Society’s Brookfield Zoo, and Vital Ground Foundation. For instance, at the Arboretum––the world-renowned outdoor tree museum and tree research center in Lisle––he has exhibited his leadership skills in various ways, including serving on several committees and supporting major programs regarding the Arboretum’s stability and future.

Although retired, he continues to be more active than some of those who are much younger than he is. Retirement has given him the ability to devote more time to close-to-heart projects that got less of his attention during the time-consuming rigors of his career. Now, both he and his wife have put more focus on their devotion to the work of organizations such as the Brookfield Zoo and Vital Ground Foundation, a Missoula, Montana-based land trust that conserves habitat for grizzly bears and other wildlife in the northern Rocky Mountains. The couple has been fortunate to travel to grizzly bear habitats in remote inlets of British Columbia, view polar bear migration along Hudson Bay at Churchill, Manitoba, roam with mountain gorillas in Rwanda, and see the unique surroundings of the Galapagos Islands.

That’s called making a difference, but you probably wouldn’t hear Wally Becky say it. He’s not made that way. Looking back––throughout his career and during other efforts since his retirement––for Wally, it’s always been about the work, not the fanfare. That’s the humility in him. In fact, until now, he says, some of his closest friends and relatives might not have known that he was so instrumental in establishing a far-reaching, invaluable, iodine-supplemental program that’s positively affecting the lives of millions around the world.

Wally Becky has proven to be a sparkling gem, one who lets his work speak for itself––and him.